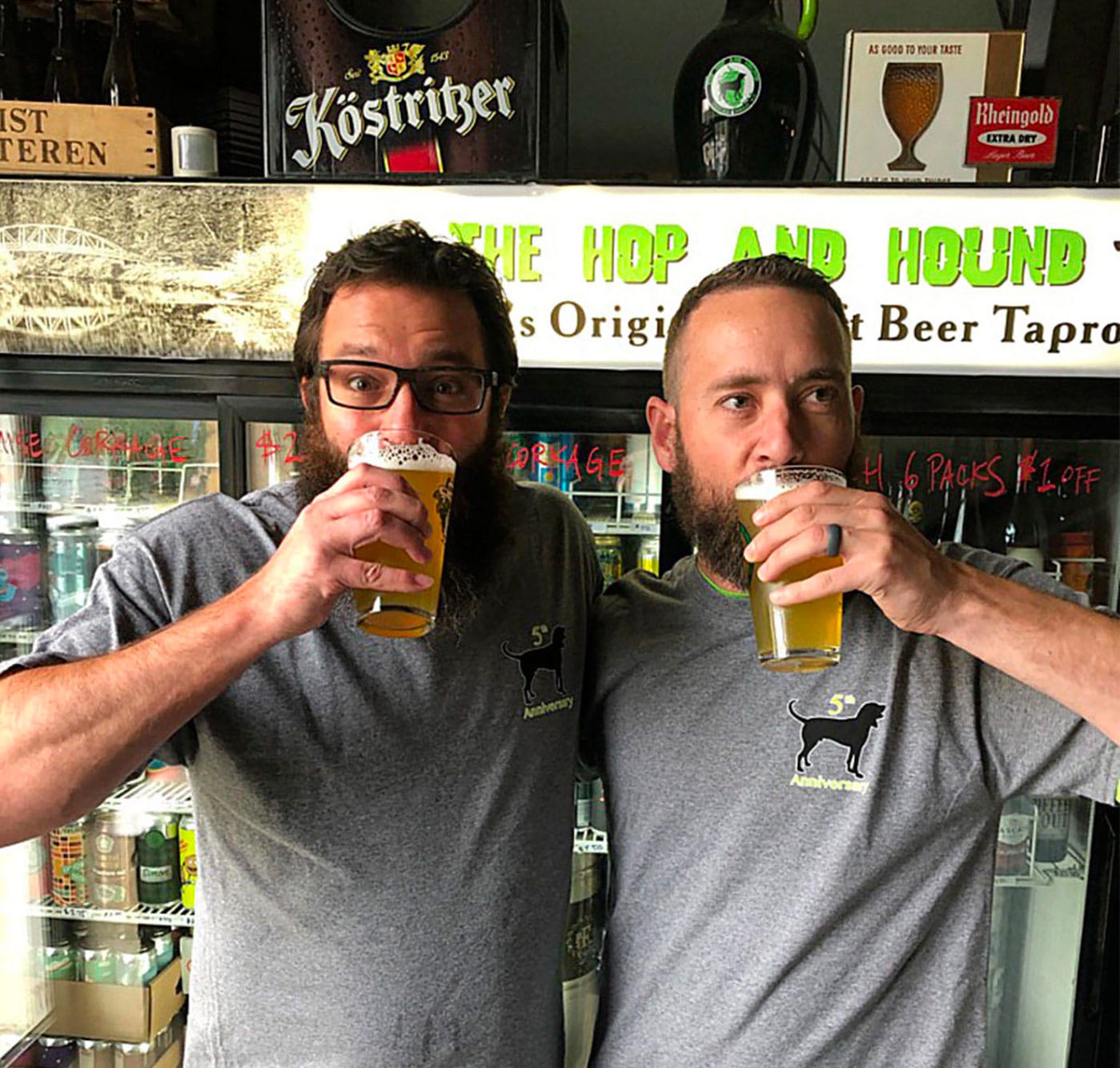 Drink This: The Hop and Hound makes hazy IPA to mark 5 years

Try the colab brew Hazedog Millionaire at the Bothell taproom during its anniversary party June 7-9.

Eric Schaffer knows a thing or two about helping build a beer community.

Five years ago, Schaffer opened The Hop and Hound in downtown Bothell. Since then, Bothell’s beer scene has exploded. Numerous breweries, including Decibel Brewing and Beardslee Public House, have opened in Bothell, and a pair of popular beer festivals crowd the streets of the city each year.

That same type of excitement for independent craft beer has taken over the Yakima Valley. New breweries like Sunnyside’s Varietal Brewing and Yakima’s Wandering Hop have transformed the heart of hop country into a craft-beer mecca.

So when Schaffer was putting together his ideas for The Hop and Hound’s fifth anniversary, he reached out to a pair of friends from the other side of the mountains to make a beer for the party.

Together, Varietal and Wandering Hop brewed Hazedog Millionaire. The beer is a hazy IPA made with Ekuanot, Sabro and Simcoe hops, giving it a lime and tropical fruit aromas. In limited release in Yakima, it’s at 4.11 on Untappd, the popular beer rating app.

“It’s fantastic to see the beer culture explode (in Yakima) with all the great small breweries building that community right in the middle of hop country where it should be,” Schaffer said.

Schaffer met Varietal co-owner David Paulson at the Bothell Block Party and Beer Fest. The two got to chatting about Yakima beer, and Schaffer soon found himself touring breweries in the Yakima Valley and putting more of their beers on tap at The Hop and Hound.

Each year Schaffer tries to create a unique beer to celebrate the taproom’s anniversary. His new relationships with the Yakima breweries made it a natural fit for this year’s special anniversary beer.

The Hop and Hound is celebrating its fifth anniversary June 7-9 at the taproom. A number of special beers will be on tap, including the collaboration beer and Watts Brewing’s lemon-infused kolsch. The first 25 customers each day receive a free anniversary pint glass. Special anniversary T-shirts go on sale June 8.

Sound to Summit head brewer Adam Frantz and 5 Rights Brewing’s R.J. Whitlow are similar brewers. Methodical and analytical in their approach, both brewers pay attention to detail while making room for creativity.

Their first collaboration is a testament to that. Sound Right is an imperial IPA with aromas of mango and pineapple and a mildly dank finish reminiscent of a West Coast-style IPA.

“We discovered that we shared very similar passions in regards to brewing and often used the same metrics in regards to quality control, processes and attention to detail,” Frantz said. “5 Rights is, of course, known for making fantastic beer, and I was always happy to pick RJ’s brain about hop combinations he liked and techniques he used.”

Since then, Frantz has overhauled Sound to Summit’s beer lineup, and Whitlow has opened 5 Rights’ taproom in downtown Marysville. Having waited this long, both brewers were excited to finally be able to collaborate on a beer.

“This was an honor for me to partner with (Adam) to create something special for Sound to Summit’s guests and our 5 Rights’ family to kick off the summer,” Whitlow said.

“I feel honored to be included on 5-Rights’ very short list of collaborators,” Frantz added, “and I hope everyone can appreciate the heart, soul and history that we put into this pint.”

To celebrate their 100th unique beer recipe, Crucible Brewing is going all out. Viking Juice, a citrusy hazy IPA made with eight types of hops and the Norwegian yeast strain kveik, will be released on June 7 at Crucible’s Everett location. Along with the beer release, there will viking rubber duck races, giveaways and food trucks.